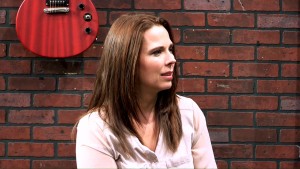 On May 28th, Mary Meyer was on Nashville Film Radio which broadcasts on Radio Free Nashville (for those of us native to Nashville and surrounding areas that is 103.7 and 107.1 FM and you can also listen online at their website here

Mary Meyer was interviewed for the first half of the show about her new short film that is currently in production “Between Rock and a Hard Place”. They have a website here which will tell you about their film as well as give you a chance to help out via their kickstarter.She also gave Music City Corner just a plug or two (okay to be honest she mentioned the show like a billion times). Mary is not only a talented host, she is involved with directing, acting, and most recently producing. Her daughter Alyssa Meyer is going to be playing the lead role and this film looks to be both fun and entertaining. You can check out the broadcast at podbay.
And to keep up with the latest,make sure to like the films Facebook page